OTHERS – Dope Me / Does Caroline Know – Hello?Repeat Records 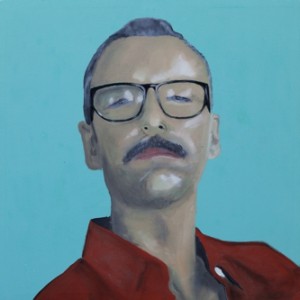 Hello?Repeat’s 20th release comes from act that couldn’t be closer to the label, but at the same time has never appeared on it: Others. The duo consists of Daze Maxim, Hello? Repeat’s co-founder next to Jan Krueger, and Bruno Pronsato, the acclaimed “romantic techno” artist behind the label’s first album, 2007’s Why Can’t We Be Like Us (plus numerous records since then on DFA, Telegraph and his own imprint, thesongsays). Each artist veers toward weirdness on his own-consider Daze’s early 12-inch Intimacy Girl, released as Heartz4, or Bruno’s 40-minute epic The Make Up The Break Up-but together they take it to another level. Their only record so far is Take 1/ Take 2, an extended left-field house jam that pairs a floppy beat with the sound of Daze droning away on trumpet. Dope Me / Does Caroline Know? is a slightly clubbier affair-less Sun Ra and more Soul Capsule-but still possesses the air of strangeness that makes the duo so unique. Each artist leaves his mark within the first few measure of “Dope Me.” The steady high-hats and flawless kick drum are straight out of Daze’s playbook, while the nervous piano and 3 Chairs-style claps are unmistakably Bruno. As for the slurred vocal pleading “Dope me… dope me…”, that’s anyone’s guess. The track carries on for a solid nine minutes as half-melodies and quasi-hooks slide in and out of the mix. The B-side, “Does Caroline Know?”, takes us deeper and darker. The drums are plodding, the mood is ominous, and a series of dreamlike flourishes add to an already eerie groove. Like the A-side, it’s a surrealistic style of house that only these two could deliver. The artwork, as usual, is done by Daze Maxim.